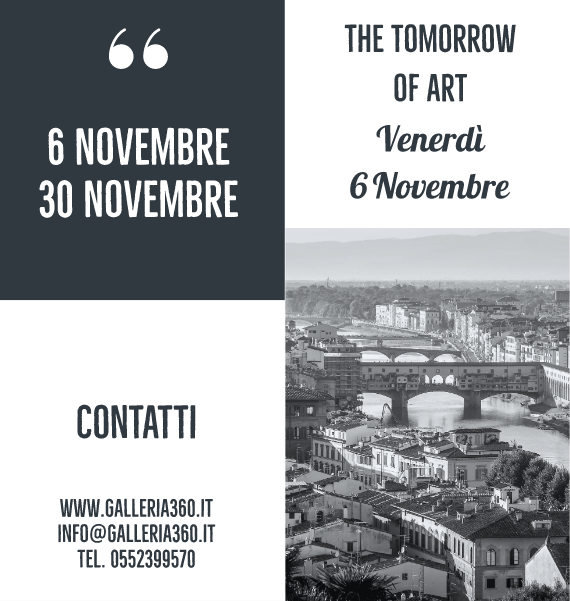 “The tomorrow of art”

W. Kandinsky writes in his literary work “The spiritual in art”: “The art that has no future, which is only the daughter of its time but will never become the mother of the future, is a sterile art. It is short-lived and morally dies in the moment the atmosphere that produced it changes. ”

In an era like the present one, of growing alienation of life and conscience, torn apart by materialism and the germs of a desperation that arises from the lack of a faith, of a purpose, the words of the famous Russian painter and theorist, written a century ago , are of burning topicality: “In these silent and blind times, men only give importance to external success, they only care about material goods […] art, which in times like those has a miserable life, only serves material purposes. Art no longer has a soul “.

In fact, today, many contemporary artistic manifestations are increasingly harnessed by market logic which, amid speculation and advertising stunts, debase the main task of art as a source of thought and a reservoir of stimuli. When art becomes only imitation, when it focuses only on an aesthetic-sensory adulation, when it ceases to communicate, it remains as empty, without essence, therefore sterile.

“The Tomorrow of Art” is an artistic review characterized by artworks capable of weaving a perceptive and profound dialogue with the observer. Through different mediums and languages, the artists give life to an art where sensorial reality is constantly intertwined with the movements of the soul. The artists of “The Tomorrow of Art” through their artistic creations investigate and interpret the world, thus ferrying us to the archaic places of interiority. An art that does not cancel its inner sounds and that turns its gaze to the future as it possesses that prophetic force capable of arousing consciences, of shaking from the torpor in which fashions and socio-political contexts flatten us, leading us back to the integrity of our nature, of our true essence. An art, therefore, which, as Kandinsky argued, “goes beyond the limits within which time would like to compress it, and indicates the content of the future.”

In compliance with the regulations imposed by the current health emergency, the inauguration will take place behind closed doors and will be visible live on Instragram on Friday 6th November 2020 at 7.00 pm.