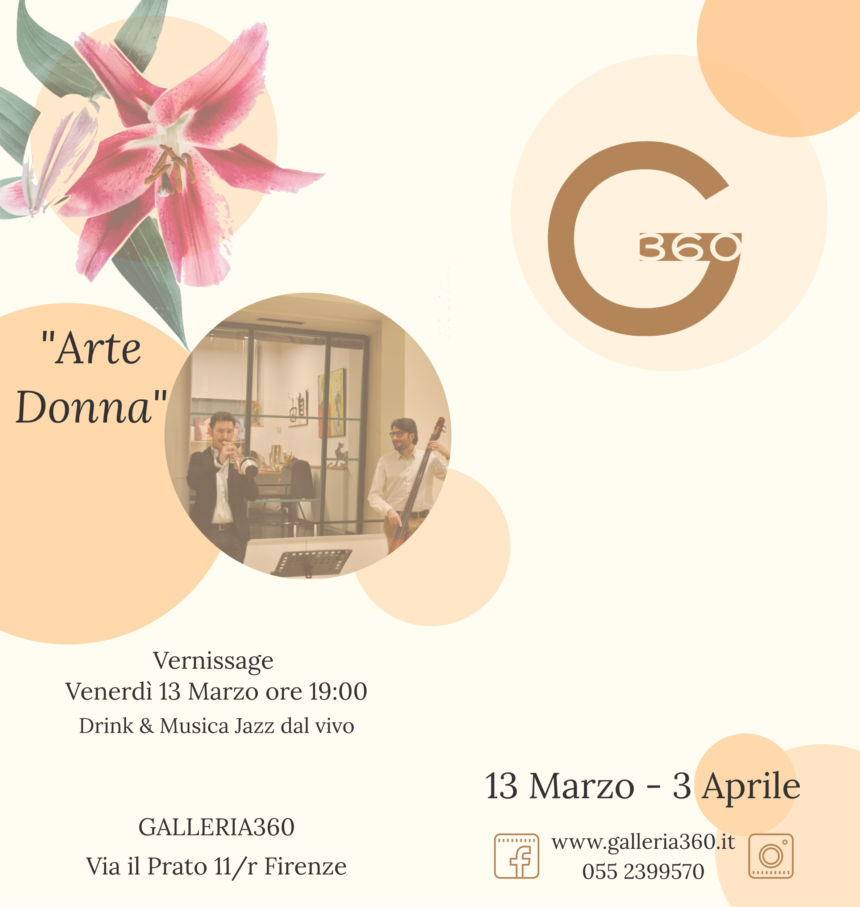 “Being a woman is so fascinating. It is an adventure that requires courage, a challenge that never bores “(Oriana Fallaci)

In the month dedicated to women, the Galleria360 organizes a contemporary art exhibition entitled “Arte Donna”, which aims to celebrate the binomial Women and Art.
The inauguration will take place on Friday 13th of  March 2020 at 19.00, in Via il Prato 11r, Florence. During the opening will also be offered a welcome drink while Jazz musicians’ll play live animating the evening and creating a pleasant union between Art and Music.

When we talk about the artistic sector we usually think about the names of the greatest artists who with their masterpieces have contributed to enriching the world artistic heritage, ignoring women artists’ artworks. In reality there were many female personalities who with courage and talent managed to overcome the prejudices of the time by fully gaining a place in the history of art.
In his Naturalis Historia, Pliny reports a legend according to which painting was invented by a Corinthian girl. To remember the appearance of her beloved who had to leave for distant shores, the girl traced the portrait on the wall, tracing the shadow cast by a lantern.

For centuries considered a “Beauty model” or inspiring Muse, today the woman has tenaciously claimed a starring role. Strong, courageous and often against the current, the last few years have seen women prevail and conquer the spotlight in every field. A feminine revolution that surely has been aided by a renewed awareness of themselves and of their own potential and capabilities.
Then with the exhibition “Arte Donna”, Galleria360 delves into this privileged space of externalization by putting a magnifying glass on the female gender. An exhibition in which are interwoven the threads of different narratives, ranging from the intimate to the universal; fragments of stories that can cause to erupt into the art the thickness and complexity of life, from a privileged point of view: the woman’s one.